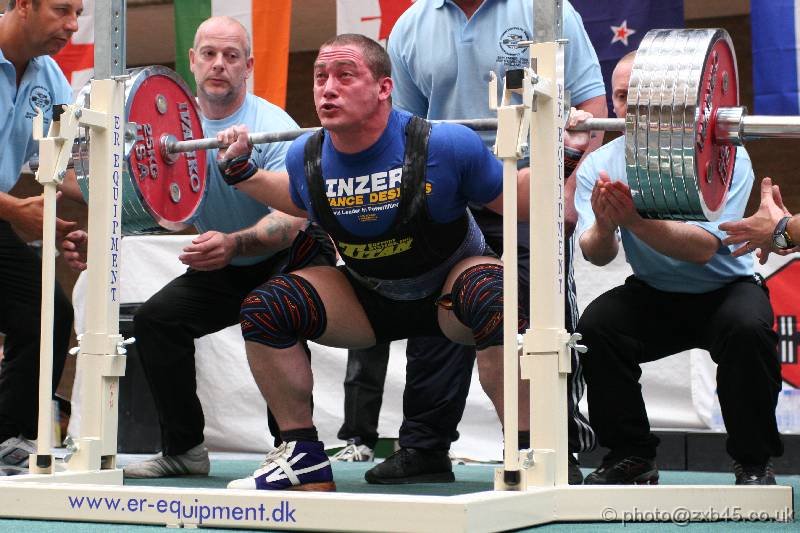 Members of Tough Talk have two main things in common:-

First, they had lives that were spiralling out of control before they had a life-changing experience of the love of Jesus Christ and second, they spend time lifting weights in the gym.

Their sport is called POWERLIFTING and consists of three lifting discliplines:

This is the most visually dramatic lift and is frequently demonstrated by the team during meetings.The loaded bar is placed on the lifter’s shoulders and he then squats down (almost touching the floor with his backside!) and then slowly stands up again. The amount of weight is increased in stages and, during these demonstrations can be as much as 260kg. Of course in competitions, lifters can exceed this amount.

Joe Lampshire is a British powerlifting champion who’s best squat is over 330kg and regularly demonstrates this lift at Tough Talk meetings. 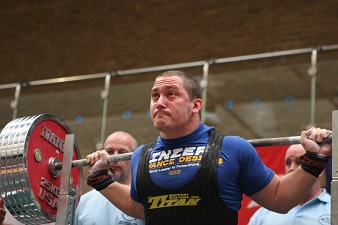 In this disclipline, the lifter lies on the bench, the loaded bar is placed in his hand and he has to lower it to his chest and the press it up to extend his arms.

A member of the audience at a Tough Talk meeting demonstates his strength at the bench press.

In this disclipline, the lifter keeps his back straight and lifts the loaded bar from the ground.
Sounds simple? Try it!…

Here Arthur is competing in the World Championships in Canada.

Here, Arthur is competing in the European Championships in the Ukraine and this is a picture of his winning deadlift of 318kg.

“The good news of Jesus Christ was put across in a “powerful” way, as Ian and Arthur used the power lifting alongside their amazing testimonies of God at work in their lives.
Revd. Diane Bussey. Chaplain. Rainsbrook STC