For many years now, we have travelled the length and breadth of the UK as well as Russia, South Africa, USA and other countries, visiting at least one prison per week, sometimes two.

Handing out books at a prison visit

Over the last year, we have started to receive several letters per week from prisoners. Some have heard the guys present their stories and the gospel in their own prison bur others have written as a result of reading one of the Tough Talk books that we have placed in every prison in England

Here, Arthur is competing in the World Championships in Canada

A Tough Talk team recently visited HMS Nelson at the Royal Navy Base in Portsmouth which is at
the heart of the city of Portsmouth.

Martyn does the squat

As an enthusiastc powerlifter, he regularly demonstrates the squat at Tough Talk meetings.

A bench press competition which was won by a very impressively powerful member of the audience. 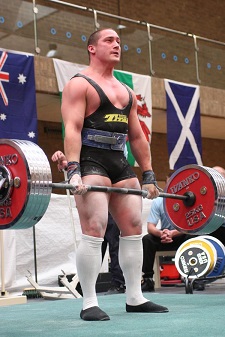